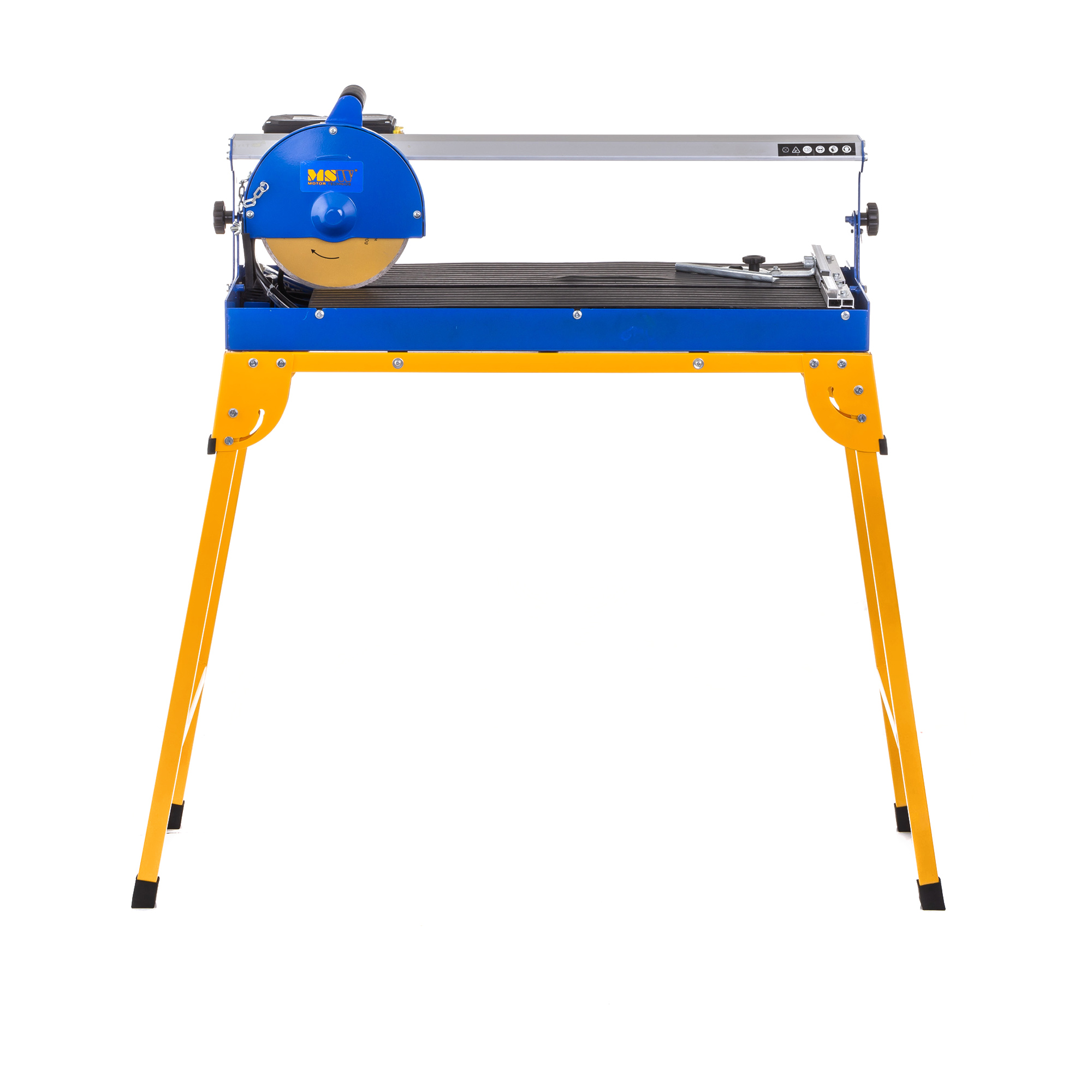 I had another, slightly better tile saw, reviewed previously, but unfortunately stolen, which I suppose is some validation. Anyhow, I bought this because it is about £60 quid cheaper and it is a bit shorter, thinking it would aid portability. However, it weighs a ton, but just about manageable carrying it on your own. It has foldable legs, which in my case needed a bit of work to get working: take care on this account, because any damage in use is liable to invalidate the warrantee - and I have to say that this is definitely poor service. When I first used it, there was a worrying lag between the time I turned it on until water started to flow and aid cutting. Similarly, cutting, at the start was sluggish with frequent stops. I was cutting slabs close to , but not at the absolute limit of the saw's capability, but this improved as I used it. in the end, it cut quite well - the supplied blade may be subject to improvement with a better blade purchased, but it was more than adequate. By the time I had completed a day's work, I got the hang of the machine and found that it was a workable prospect and would probably cut smaller tiles and slabs with less effort. I could, arguably, give the machine a 3 star rating, but considering the value compared against other tile saws, this was good value for money, if not the best that is out there. If you are on a budget, you will find this machine better than okay and completely workable, if not actually lovable, because you can get better, but you will have to pay more to do so. 4 stars overall, despite not being as good as I might like.

Kit di montaggio per levigatrice a nastro per tubi